Estimands: An insight into the new framework

The objective of a clinical trial is to answer key clinical questions. Defining how the trial objectives are going to be estimated involves several key pieces of information such as which subjects to include, how to handle missing data, and the analysis method. An estimand framework has been presented by the ICH in November 2019 and the FDA in May 2021 to provide clarity on defining the reported treatment effect. This framework should be utilized from the initial trial planning stages and allows transparency for both sponsor and regulatory reviewers into how the study treatment effect will be presented at the end of the trial. Below summarizes the key components to the estimand framework that are covered in the ICH E9 (Revision 1) addendum on estimands and sensitivity analyses in clinical trials, as well as the supporting FDA guidance and ICH training material:

An estimand is characterized by four attributes to address the clinical question:

An example of how these four attributes can be used is shown below: Estimand (given all 4 attributes) could be written as: Mean change from baseline in SBP of week x in the treatment group versus a control group regardless of whether rescue medication given, in adult patients with hypertension meeting the inclusion/exclusion criteria of the study.

The ICH E9(R1) addendum also clarifies the difference between a sensitivity analysis and a supplementary analysis—two concepts that are often interchanged despite different statistical meanings:

-A sensitivity analysis is conducted with the intent to explore the robustness of inferences from the main estimator (i.e. the method of calculating the estimate). An example could be running the analysis using a different imputation method for missing data than the primary estimand.

A fellow statistician once stated: think of an Estimand as ‘a mindsEt’ (notice the anagram). That is because a key goal of this new framework is to create a collaborative mindset between clinicians, statisticians, and ultimately the regulators and markets that will approve and buy new drugs. That is how we will better phrase our clinical trial objectives and answer them in a way that all key stakeholders will understand precisely what was estimated.

Rho has experience constructing estimands in both Protocols and Statistical Analysis Plans (SAPs). 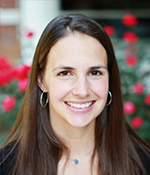 Heather Kopetskie, MS, Director of Biostatistics, has over 16 years of experience in statistical planning, analysis, and reporting. She brings an extensive background of statistical and project leadership experience working on NIH and industry funded clinical trials in all phases of clinical development. Ms. Kopetskie has contributed to the publication of peer reviewed manuscripts and industry publications. Abram Graham, MS, Senior Biostatistician, has 7 years of experience providing statistical support for Phase I-III clinical trials, acting as both a supporting and lead statistician. His experience includes writing detailed statistical analysis plans including estimands, preparing CDISC-compliant specifications for SDTM and ADaM datasets, and preparing statistical displays and reports for a variety of therapeutic areas. Mr. Graham earned his bachelor’s degree in biostatistics from The University of North Carolina at Chapel Hill, and a master’s degree in biometry from The University of Reading (England, United Kingdom).

If you decline, your information won’t be tracked when you visit this website. A single cookie will be used in your browser to remember your preference not to be tracked.

This website uses cookies to improve your experience while you navigate through the website. Out of these cookies, the cookies that are categorized as necessary are stored on your browser as they are essential for the working of basic functionalities of the website. We also use third-party cookies that help us analyze and understand how you use this website. These cookies will be stored in your browser only with your consent. You also have the option to opt-out of these cookies. But opting out of some of these cookies may have an effect on your browsing experience.
Necessary Always Enabled
Necessary cookies are absolutely essential for the website to function properly. These cookies ensure basic functionalities and security features of the website, anonymously.
Performance
Performance cookies are used to understand and analyze the key performance indexes of the website which helps in delivering a better user experience for the visitors.
Functional
Functional cookies help to perform certain functionalities like sharing the content of the website on social media platforms, collect feedbacks, and other third-party features.
Targeting
Targeting cookies are used to provide visitors with relevant ads and marketing campaigns. They record your visits to our Website, the pages you have visited, and the links you have followed.
Save & Accept